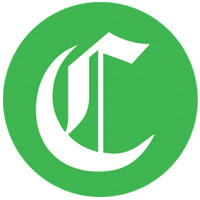 In recent years, the town has welcomed prisons to bring in needed revenue. There’s now an immigration detention center, a county jail and a privately run prison housing state inmates. But officials say marijuana has the most potential to improve the city’s finances, and the benefits are already starting to show. “We were $2.6 million in the red,” Mayor Kerr said. “Now we’re about maybe a half a million to three-quarters in the red. By June we should be in the black.” Some of that comes from development fees paid by prospective cannabis companies, which help cover the city’s planning and engineering costs, Kerr said. Some of it also comes from unrelated projects — like a new gas station. Thien Vien Chan Nguyen Buddhist Meditation Center in Adelanto. Thien Vien Chan Nguyen Buddhist Meditation Center in Adelanto.