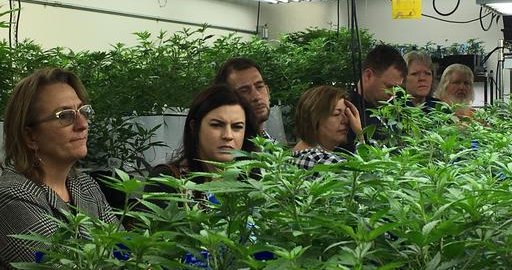 Canada’s Recreational Marijuana Bill Could Be in Serious Trouble (Along With Canadian Pot Stocks) The marijuana industry has been practically unstoppable over the past couple of years, which is a big reason why investors have flocked to marijuana stocks, and select state legislatures have moved to legalize cannabis as a means of generating new tax revenue. In North America, $6.9 billion worth of medical and recreational weed was sold last year, according to ArcView Market Research, though $46.4 billion in sales remained in black market channels. By 2021, ArcView foresees legal sales jumping to north of $22 billion annually, implying the ongoing legalization of pot in various U.S. states, and perhaps north and south of the U.S. border. The potential to move current black market consumers into legal channels is the entire reason why marijuana stocks have been soaring of late. However, between medical cannabis and recreational weed, the Holy Grail for the industry would be a countrywide recreational approval. The market for adult-use pot is substantially larger than medical cannabis, but just one country worldwide, Uruguay, has legalized the sale of recreational marijuana. Currently, our neighbors to the north, Canada, aim to become the second. A recently introduced bill by Prime Minister Justin Trudeau, a longtime supporter of a countrywide recreational marijuana legalization effort, is targeting July 1, 2018 as the date where recreational pot would become legal in Canada.  Per various sources, the bill would allow adults ages 21 and up to buy recreational weed, possess up to 30 grams, which is a little over an ounce, and grow up to four plants in their household at a time. Considering that no other developed nation has legalized recreational cannabis, and Canada has a well-laid foundation for its Marijuana Stocks medical marijuana industry (medical cannabis was legalized 16 years ago in Canada), legalization is expected to have a real shot of passing muster in Parliament.