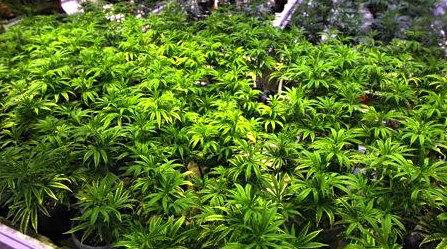 A Tampa-based attorney is now leading that still-longshot effort. Frank Gluck/The News-Press 986 CONNECT TWEET 9 LINKEDIN 21 COMMENTEMAILMORE More than 71 percent of Florida voters in November agreed marijuana should be used to treat serious illnesses – the highest margin of support among the nine states considering various levels of cannabis legalization last year. Given that kind of public backing, a group trying to legalize adult recreational cultivation and consumption of the drug hopes 2018 will finally be the year Green Rush cannabis prohibition fully ends in the Sunshine State. The organization, Regulate Florida , is making its second — though still under-the-radar — attempt to get its proposed constitutional amendment on the state ballot.  “We have the wind in our sails and the tide of the country on our side. The polls for legalization continue to climb,” said Tampa attorney Michael Minardi, who is leading the legalization effort. “The attitudes and the perceptions and acceptance of this issue has changed dramatically, even since the election of 2016.”  But if funding, staffing and the lack of deep-pocketed backers are any guides, pro-marijuana Floridians probably shouldn’t count on an easy win anytime soon. The group, which claims dozens of volunteers, must collect more than 750,000 valid signatures by early next year to get the measure on the ballot. To date, it’s collected about 20,000, Minardi said. Minardi’s political action committee, Sensible Florida Inc., has received about $245,000 in donations and in-kind services since 2015, nearly a quarter of which came from Minardi himself.